In-house Training Courses all over Canada 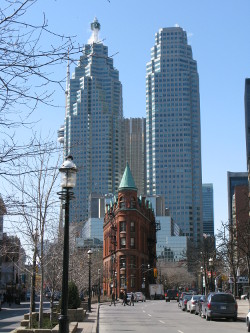 Most of our open training classes in Canada take place in Toronto. There is a good reason, why we have chosen Toronto in Ontario. First of all, it's a huge city with a population of nearly 2.7 million people. To be precise, it is the largest city of Canada and the fourth largest city in Noth America, preceded only by Los Angeles, New York and Mexico. The Greater Toronto Area, usually called the GTA is home to 5.6 million people. Toronto is situated in Southern Ontario's Golden Horseshoe. About 8 million people live in this densely populated region, which is over one quarter of Canada's total population.
So it makes sense to do open courses, where the potential customers live. Holding the courses right in the center, downtown Toronto, garantees that it's easy to get to our Training Courses.
The city can also be easily reached from other international locations. About an hour flight from Ottawa, Montreal, New York, Washington, or Boston. There are also diret flights from London, Zurich, Paris and Frankfurt. 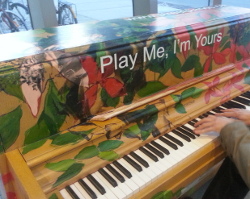 Toronto is one of the world's most diverse cities by percentage of non-native-born residents. Nearly half of the population is born outside Canada. This makes Toronto one of the world's most multicultural cities. A fact which can be noticed in a diverse choice of food and arts. Toronto has more than fifty ballet and dance companies, six opera companies, two symphony orchestras and a lots of theatres in various sizes. The production of domestic and foreign film and television is a major local industry. Toronto is nicknamed as "Hollywood North", competing with Vancouver. As of 2011 Toronto ranks as the third largest production centre for film and television after Los Angeles and New York City.